2016 Gravity: Can Art Shed Light on Scientific Theory- Writeup of Gravity with Kinetica

Last weekend Art Kinetica set up camp in the Hospital Club, London for a three day festival: Gravity. The festival and accompanying exhibition ties in with the 100th year anniversary of Einstein’s Theory of Relativity and marks the start of a three month residency which will showcase the work of 17 ‘transdisciplinary’ artists. It aims to explore metaphysical concepts through the use of new technology, light and motion. Alongside will run a program of events, performances and talks which ask the question: What is the future of art in the realm of science? Art often uses science and technology as a narrative and medium; a prism through which to shed light on the human experience. Gravity is no exception. For example the interactive piece Aura by the Analema Group connects members of the public to an EEG reader. A holographic image changes in response to brainwaves, translating thoughts and emotions into dynamic colour. Oliver Gringrich explains that the piece is to show us that “brainwaves are not bound by time and space.” Although a loose interpretation of the exhibitions theme, it does illustrate perfectly not just cutting edge technology but our current cultural fascination with the neuro-aesthetic and the digital reflection of self.

Art in its many forms is also useful to express scientific principles to the public. The chemist Davy believed collaborations with poets such as Coleridge vital to give words to the concepts of science and so help society understand them. The term ‘Black Hole’, so central to Einstein’s theory, so universally accepted, is a metaphor, created to convey simply incredibly complex physics of the time. Here again Gravity succeeds. Balint Bolygo’s beautiful series Gravity Compositions and Mappings turns Einstein’s scientific ideas into totalities. His systems of mechanics allow the forces themselves to create the art work. The results, detailed and enchanting etchings of harmonic motion, are a genuine record of the connection between space, time and matter. Likewise, the scientific understanding and algebra behind Attila Csorgo’s, Squaring the Circle is wonderful. The piece combines physical phenomena into a 3D structure which reflects light to transforms circular waves into a square reflection. It is not just skilful but a true artistic translation of scientific theory.

As the exhibition displays, science can be used by artists to tell stories, to reflect and to create work. They can also give form to theories, taking them out into the world. But is art as importance to science as science is to art? What more can the artists bring to the scientists table? Perhaps the answer is simply, creativity and imagination.

Einstein himself believed these to be vital to science. His early thought experiment Chasing the Light required huge imagination. Although not successful at the time, he stated that the importance of the experiment was the thought itself. His own beliefs in relativity did not conform to current theories of electrodynamics. He stated that “attempts to clarify this paradox satisfactorily were condemned to failure as long as the axiom of the absolute character of time... was rooted unrecognised in the unconscious”. In order to progress scientifically we must through imagination and creative thinking bring into consciousness that which lies beyond it. For this end, art is a perfect medium.

And within Gravity there are flashes of this. The visual intricacies of Jasmine Pradissitto’s work Entanglement lead me to question form and space and Paul Friedman’s work, Reflector Phenomenon feels challenging by its very encompassing nature. Interestingly both these artists started out studying science. Will such work lead, as Kinetica proposes, to ‘new insights into the cosmic realm?’ Perhaps not this time, but it doesn’t detract from its importance.

November will see the launch of the LISA PATHFINDER, to test the technology for the eLisa Probe, due to fly in 2030. It hopes to sight gravitational waves finally confirming, or not, Einstein’s full theory and potentially letting us see the Big Bang itself. Whatever happens, it will herald a new age of astrophysics. With this in mind perhaps exhibitions such as Gravity and the work of its artists will be in demand more than ever. Not just to tell the stories of physics from the last 100 years, but to shine a light on the paradoxes of tomorrow as well. 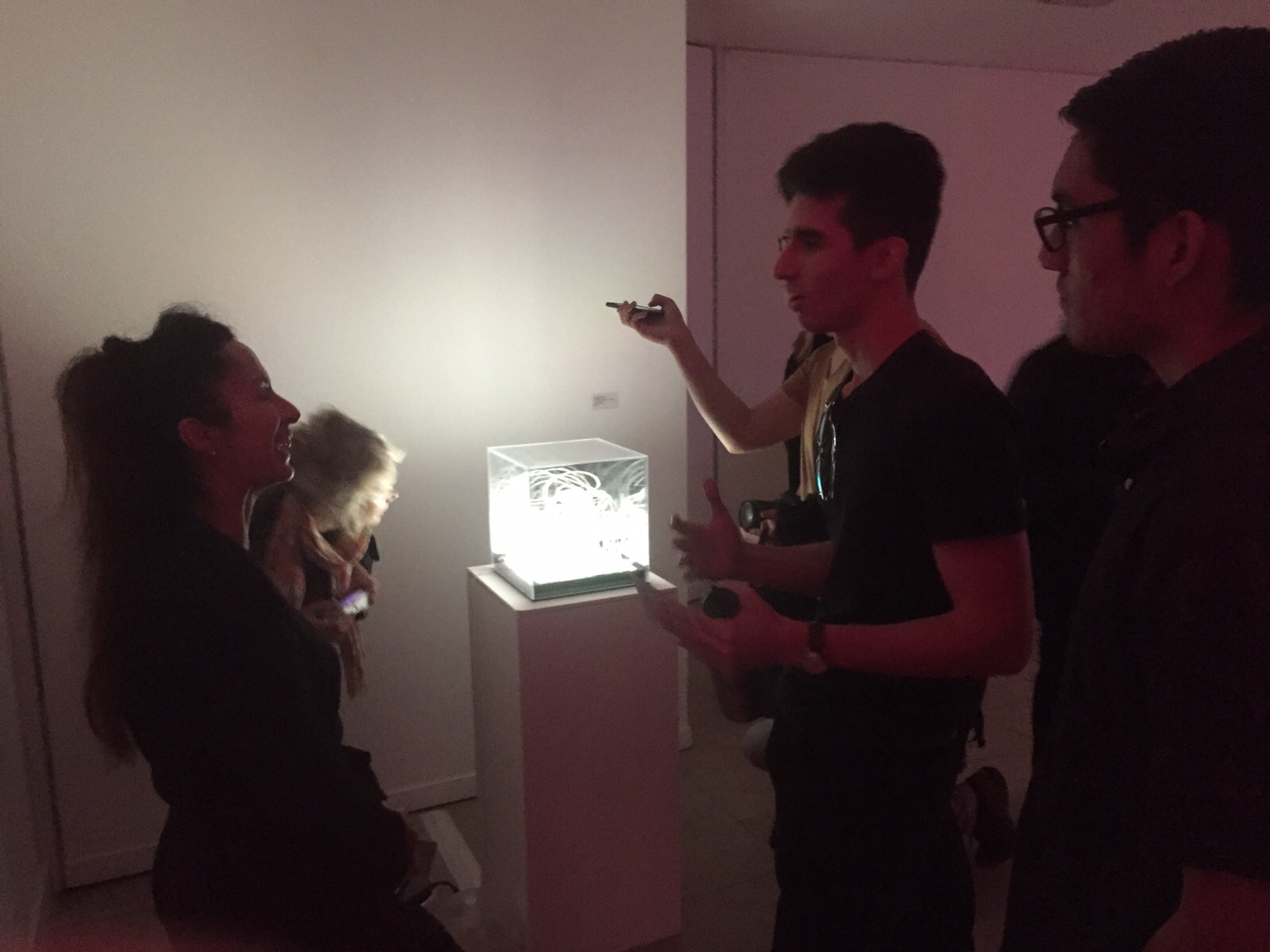